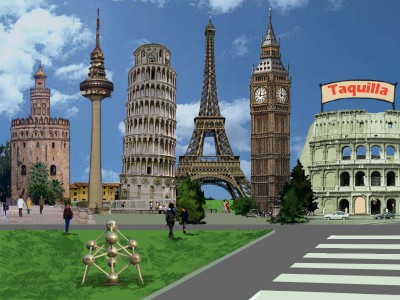 Multimedia Battery for assessment of cognitive and basic skills in reading

The Multimedia Battery SICOLE-R is a test of the original drawing that is programmed in Java 2 Platform Standard Edition (J2SE) 1.4, Sun HSQL Database Engine is used as a database (Jiménez et al, 2007). Let us, then, and in more detail, instructions and tasks included in the SICOLE-R Multimedia Battery:

Naming of words and pseudowords. In the naming task the student is asked to read aloud as quickly as possible verbal stimuli presented one by one on the computer screen. The administration sequence is: blank screen (200 mlseg.), Sound that notifies the student that the next stimulus presentation of the word or nonword framed in a rectangle in the center of the screen. In total, the time between stimuli is 2000 ms. The computer records and records the response latency (TL) to each stimulus, i.e., the time from which the word or nonword appears on the screen until the student begins reading. Two blocks of stimuli, one consisting of 32 familiar words and another 48 are presented pseudowords, randomizing the order of presentation of stimuli within blocks for each subject.

Naming speed. This test is an adaptation of the technique Denckla and Rudel (1974) called Rapid automatized Naming (RAN). The test consists of four subtasks: series of letters, series of numbers, series of colors and pictures series. The procedure for each subtask is essentially the same. Subjects to name horizontally aloud as quickly as possible stimuli presented is requested. The computer records the execution time of each sub-task and number of errors.

Morphological processing. The task of lexemes and suffixes is filing a word that carries a drawing of two presented. 4 different morphemes that were repeated in a set of 3 or 4 items were used and where the suffixes (e.g., cas-a, cas-as, cas-ita, cas-ites) were modified. The drawings are semantically related (e.g., a drawing of a house or a drawing of a house). Latencies and errors in order to assess to what extent the repetition of a root morpheme facilitates commit fewer errors and increase the speed of response of a subject are collected.

Homophone comprehension. Two homophones concurrently presented a drawing and a question that refers to the definition of one of the homophones presented. The success of the subject is recorded.

Phonemic awareness. It is a computer adaptation of Phonemic Awareness Test (PCF) of Jiménez (1995). Phonemic awareness module consists of four subtasks: isolation, deletion, blending and segmentation. In the Isolation subtask the child hears a word (e.g., / sofa /) and must select a drawing of three starting with the same phoneme heard the word (e.g., drawings chair – pencil -caballo ). In the Deletion subtask the childh hear a word from the computer and he or she must respond by saying how the word would be if we removed the initial phoneme (e.g., listening / can / be the correct answer / ata /). In the Blending subtask phonemes of each word presented orally and in sequence on the computer. The Isolation subtask is to identify the phonemic segments and recognize the word (e.g., the child hears through the computer the following sequence of / s / / o / / f / / to / and child should read / sofa /). Finally, the Segmentation subtask consists of the auditory presentation of a word and drawing corresponding to the word, the child should respond by saying every one of phonemes that make up that word (e.g., at the word / home / while drawing a house the child must answer / c / / presents a / / s / / a /). In the four tasks successes and errors for each item are recorded.

Gender. It consists in presenting guillotined phrases, and the subject must read the words of the sentence and the words proposed as an alternative to adequately fill the phrases.

Number. This task is exactly the same as above except that the words presented as alternatives to complete the sentence differ in number.
Word order. Is the presentation of two sentences and one picture. The subject must indicate which sentence corresponds to the drawing presented. Phrases subject-verb-object structure. The two response alternatives vary in that subject and object roles are reversed order.

Function words. Is the presentation of phrases that lacks the words function has to select from a menu to complete the sentence.

Correct use of syntactic roles assignment or task grammatical structure. This task is similar to the task of word order. A drawing, and a series of sentences (in this case three), and only one corresponding to the presented image.

Punctuation. This task consists in presenting a text that lacks punctuation. At the bottom of the text include punctuation for the subject’s go selecting and placing in the right place. Punctuation marks are the point, comma, interrogation, colon, and admiration
Comprehension. The student’s task is to read two texts, presented at the computer screen, and answer a series of questions corresponding to each of them. The narrative text has 197 words and the expository text has 135 words. For each text presented on the display 5 with three questions response alternatives. It asks the student to select with the mouse the correct answer. The program records the time spent on reading the text and the right answers time.

Working Memory. This test was designed following the procedure Daneman and Carpenter (1980) and consisted of a multimedia adaptation context of the task of Siegel and Ryan (1989). Children hear phrases that lack the last word. The task is to express a word to complete the sentence and then repeat all the words uttered in the same order. Items are comprised of series 2, 3, 4 and 5 phrases. There are 3 trials for each series of sentences. For each level is scored 1 when the execution is successful and 0 if it is not. The task end when the subject fails in all attempts at one level.